← The art of cold calling. Strategic advice to fellow translators and others.
Polish Translator and Business Consultant helps businesses expand into the Polish Market. →

Terrible translation on the Kent County Council website – was it really a good choice to have a contract with Kent Top Temps on all the translation and interpreting services?

All of this started when I applied for a primary school place for my little daughter. I posted the application online, which was pretty straightforward, but then I spotted that Kent County Council (KCC; @Kent_cc) had pages in other languages on their website.

I thought it was very progressive of them to provide support for the various minorities we enjoy having in Kent. I normally do not bother to read translated documents since I am effectively bilingual, and translations for public services tend to be clumsy at best. However, this time I decided to have a look, partly out of professional interest, but mainly because I am actively involved in the local Polish community and know that many of my compatriots struggle to read official documents in English. 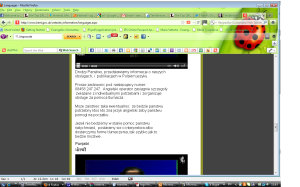 When I read the Polish translation, my jaw dropped – quite literally.  The result was so shockingly bad that I initially thought they had just used Google translate. However, I copy/pasted the text concerned into Google, and the results, surprisingly, read much better. The translated text on the KCC website is not only clumsy and artificial sounding, but also lacks Polish letters, contains various syntax and grammatical errors, and even worse uses non-existent words. For example the translation reads: ‘…’postaramy sie o interpretora..’, but the latter word does not exist in Polish. The correct translation of the English word ‘interpreter’ is ‘tłumacz ustny’. Another example is the phrase: ‘We can help you get information about our services…’, which is translated as ‘…przedstawiamy informacje o naszych obslugach..’; this not only sounds weird, but the word ‘obsługi’ is also misspelled.  Furthermore, this word should not be used to mean ‘service’ in this context. Services can indeed be translated as ‘obsługa’, but this is more often used in its singular form, and carries a different meaning. The correct word in this context is ‘usługi’. Translation/interpreting services should be translated as ‘usługi tłumaczeniowe’.

At this stage I will not give more details (although more examples could be provided), but suffice to say I was appalled enough to take action on this, so I emailed KCC to alert them to the problem. They explained that Kent Top Temps were responsible for all their translation/interpreting and forwarded my message to them. I decided to wait a few weeks to see if they would respond. Needless to say, they did nothing – neither was the text removed nor did get a reply.

Having received no reply, nor seen any change in the text online, I decided to raise the issue several weeks later with my colleagues – professional translators on Twitter. The reaction was immediate and wonderfully supportive. Czech and Russian translators (@sylvaf and @OlenkaArakelyan) checked their respective translations. The Czech was judged terrible, the Russian less so, but still contained spelling mistakes and was not very good overall. I have not managed to get other languages checked to date, but I hope to get feedback on the Lithuanian, Mandarin and Cantonese translations from my friends soon.

Our lively discussion finally prompted action from Kent County Council through their Twitter account @Kent_cc, resulting in a phone call from Kent Top Temps,. However, our discussion was rather disappointing. After I explained the issue, the person responsible for the translation said they would do their best to help me. Help me? I don’t need help here, but rather I would like to ensure that the Polish community is served appropriately. What is required here is something that was clearly overlooked – a good quality service.

It was explained to me that only native Polish speakers or Institute of Linguists certified interpreters were used. The agency website states that their translation ‘reads effortlessly’, which has been already proven otherwise.  The interpreting is claimed to be of good quality. Having listened to the interpreting video, the person speaking can hardly pronounce Polish words. They recite the same text as the unfortunate translation, with all the mistakes no Polish national would have ever made!  Who were the translators in this case?  At this stage it is unclear, but I do not feel that their command of the Polish language was of sufficient standard to act as a professional translator. I have agreed to retranslate the Polish text, which I will do in next few days. I hope that my translation will replace the existing one and that the horrible video will be removed.

The moral of this story should be a valuable lesson to any organisation requiring translation. They should choose their language provider carefully in order to meet the minority needs correctly rather than offending them by murdering their native language.  It appears that in an attempt to save public money, KCC have taken on a service provider with poor standards and quality control, despite claims to the contrary.

Based on this, it seems that the procedures for choosing the right vendor for providing public service translation and interpreting should be revaluated, since outsourcing ‘a dynamic employment agency providing excellence and leadership’ appears not to deliver the stated objectives.

Perhaps choosing network of professional translators would represent better value for money, even if initially such services might seem more costly? Hiring a professional, whenever needed, should give the advantage of providing a service of much higher quality. Not only are professional translators fluent in the languages concerned, but they possess a deep knowledge of the cultures considered, and are also good writers and experts in their specialist fields. This would also mean a closer relationship between the translator and client, resulting in better communication, faster turnaround times and a translation that reads like a native text rather than a poor imitation of Google Translate.

As an added point of interest, professional translators do not have to be certified by Institute of Linguistics to work to a high level of quality, as is demonstrated by many of my excellent colleagues.

Finally I would like to thank Rose Newell (@lingocode) and Ewa Erdmann (@transliteria for fruitful discussions on the matter.

Posted on May 17, 2011, in Uncategorized. Bookmark the permalink. 8 Comments.

← The art of cold calling. Strategic advice to fellow translators and others.
Polish Translator and Business Consultant helps businesses expand into the Polish Market. →